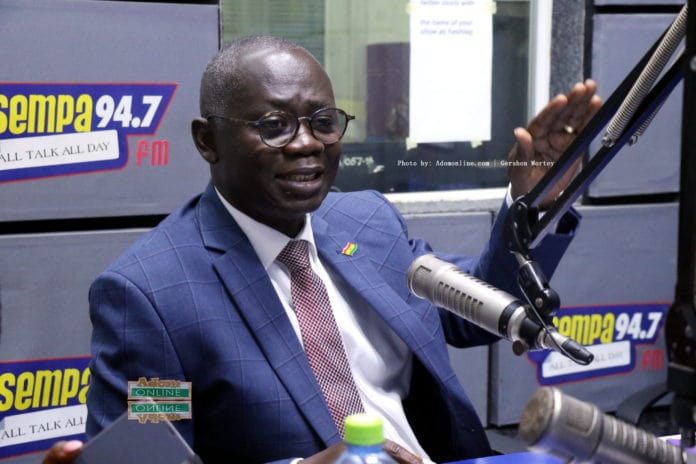 Teacher unions have insisted that the Ghana Education Service (GES) return to the traditional trimester system instead of the new semester system they say will make basic school students tired and lose concentration in classrooms.

At a meeting held by both parties on Thursday, the Unions said the Ministry of Education and the Ghana Education Service move to use a semester calendar for the 2022 and subsequent academic years is a step in the wrong direction.

The spokeswoman for the Ghana Education Service, Cassandra Twum Ampofo told Citi News her outfit and the Education Ministry explained to teachers the benefit of the semester calendar but they insisted it should be reviewed.

“We met the teacher unions, we presented our argument before them, just like they did. They insisted that we go back to the trimester system. We were not able to resolve,” the Public Relations Officer told the English news network.

The spokesperson however indicated the Education Service and the Minister for Education has scheduled another stakeholders engagement in the coming week for further consultation on the controversial 2022 school calendar.

Education Unions, Minority in Parliament and Education Think Tanks including Africa Education Watch and the Institute for Education Studies (IFEST) since the release of the calendar have called for the new calendar to be suspended.

The General Secretary of the Ghana National Association of Teachers (GNAT), Mr Thomas Musah commenting on the newly introduced semester calendar said it will only make the government school kindergarten students fatigue.

“At the basic school levels, we do not lecture; we teach. We are professionals so let us act as such. The semester system was brought in to address a problem, not a permanent policy,” the GNAT Secretary told host of Atinka FM’s AM Drive.

Meanwhile, Hon Dr Yaw Osei Adutwum, the Minister for Education has endorsed private schools across the country to use the usual trimester calendar for their students citing that the central government has no issue with that.

Osei Yaw however said the only issue with private schools academic calendar is for them to make certain instructional hours so that the National Inspectorate Authority will certify them as having met the country’s school contact hours.

“The government is not imposing a calendar on the private schools, private schools across the country are free to use their trimester system,” the Bosomtwe Member of Parliament told the host of the Asaase Breakfast show on Tuesday.