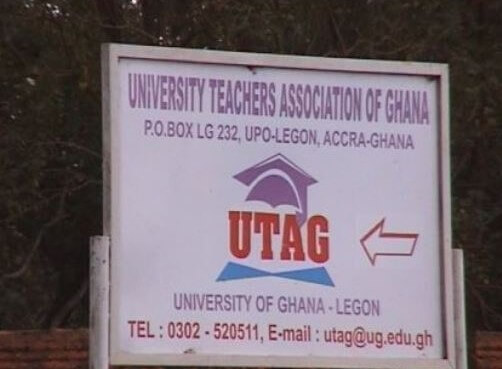 The Ministry of Education (MoE), after meeting with the University Teachers Association of Ghana (UTAG) on their decision to resume the industrial action says it has reached an agreement with UTAG to call off the Friday strike action.

The meeting follows a statement issued by UTAG indicating their members from Friday, October 8, 2021, will resume the ‘on hold’ strike citing the government after a one month negotiation period has refused to address their concerns.

“National Executive Committee of UTAG has decided that if the Employer’s (government) position remains unchanged by Friday, October 8 2021, members should resume the suspension of teaching and related activities,” it stated.

However, the Public Relations Officer for the Ministry of Education, Emmanuel Kwasi Kwarteng in a post sighted by EducationWeb.com.gh said the plan nationwide strike scheduled for this week Friday has been called off by UTAG.

The Ministry of Education representing the government has reached an agreement with the University Teachers Association of Ghana. Consequently, the intended strike action will not come off,” the spokesman Wednesday.

The UTAG leadership is yet to officially communicate to the general public and members of the Association the outcome of the meeting held around 3 pm on Wednesday with officials from the Education Ministry.

The University Teachers Association of Ghana Monday, August 2, 2021, asked its members to suspend teaching, invigilation, marking of examination scripts, processing of results on campus as it begins an indefinite strike action.

But, on August 22, 2021, UTAG instructed its members on various University campuses in the country to suspend the nationwide industrial action and to return to work as it continues to engage the Government of Ghana (GoG).