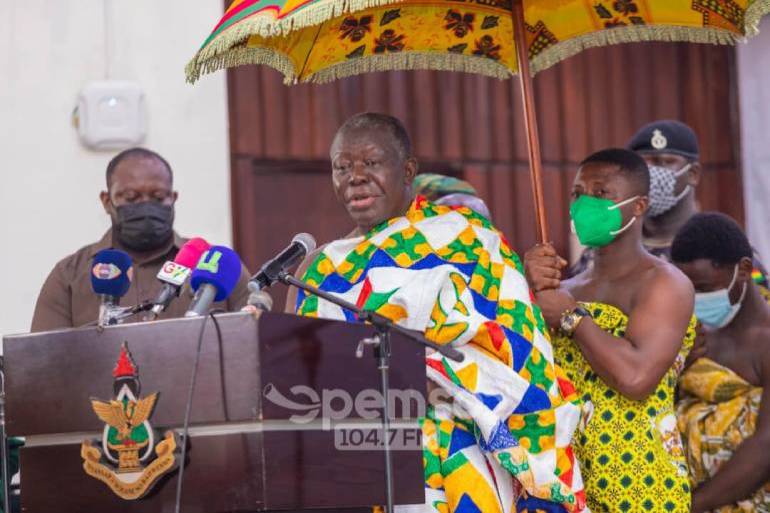 In his speech at the University of Memphis, USA, he said the flagship program though has increased secondary school level enrollment however its challenges have put a huge strain on the economy and the national budget.

Considering the value to the nation, this must be one of the boldest policies of the nation but also brings its challenges. It put a huge strain on the national budget and raises further unemployment challenges,” the King stated.

Meanwhile, President Nana Addo Dankwa Akufo-Addo has called on Ghanaians to accept the five-year-old Free Senior High School (Free SHS) policy he has described as a success to be part of the country’s educational system.

“There were some who described Free SHS as waste, some said it ould destroy our Ivy League schools and some indicated the policy was going to compromise the quality of secondary education but none have happened,” he noted.

Speaking at Tamale Senior High School’s Anniversary, His Excellency urged Ghanaians to forgo partisan and parochial politics and agree to the Free SHS policy to be part of the national educational system to educate more children.

The President of the Republic said the excellent WASSCE for School results of the first and second batch of the popular Free Senior High School graduates are evidence that the free secondary school initiative has been a success.

In line with His Excellency Akufo-Addo, the Minister for Education, Dr Yaw Osei Adutwum has said more than 1.3 million successful BECE for School students are expected to benefit from the Free SHS/TVET this academic year.