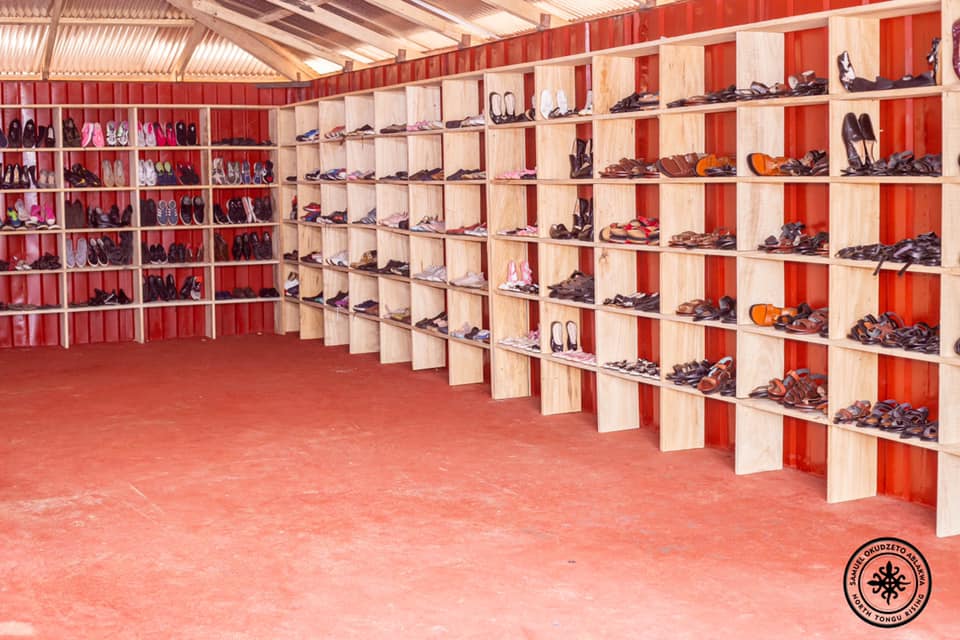 Former Deputy Minister for Education and Member of Parliament for North Tongu Constituency has launched what he called Ghana’s first Furniture and Footwear Bank to produce free shoes and furniture to students in his constituency.

The bank, the leading member of the opposition NDC says forms part of his efforts to support vulnerable kids in his constituency has launched a furniture and footwear bank to supply 5,000 school furniture and 2,000 footwear yearly.

Hon Okudzeto Ablakwa in a post sighted by EducationWeb.com.gh indicated the free distribution of furniture to schools and footwear to students in North Tongu Constitneucy will commence late December 2021 or early 2022.

“We are abolishing the “no furniture syndrome” by establishing a Furniture & Footwear Bank [FFB] which will store more than 5,000 school furniture & at least 2,000 footwear for vulnerable kids all year,” he stated on social media.

The Tongu Member of Parliament continued that “we are establishing a furniture bank that stores at least 5,000 pieces of furniture at all times and a footwear bank that makes available 2,000varying sizes of footwear to kids of all ages.”

The politician said he is committed to eliminating the worrying no furniture and footwear syndrome in various public schools in the North Tongu Constituency to ensure no single child walks to school barefooted ever again.

“It is refreshing to note that this has been largely a North Tongu local content-driven initiative from the metal fabrication, furniture production and footwear supplies. I am proud of Aveyime- based Amuga Metal Works, Borlor Shoes of Mepe and Dodzi Carpentry in Battor.

Of course, I am proud of our team of sharp, dedicated volunteers who mobilized footwear donations from the national capital, amounting to some 30% of total available shoes for free distribution

It is deeply humbling to establish that our model allows for North Tongu to now have a constant store of thousands of furniture and footwear for free distribution to those who need them all year round.

The “no-furniture syndrome” and the unacceptable sight of vulnerable kids walking barefooted to school would now be a phenomenon of the past,” the immediate past Deputy Minister for Education stated on Friday.