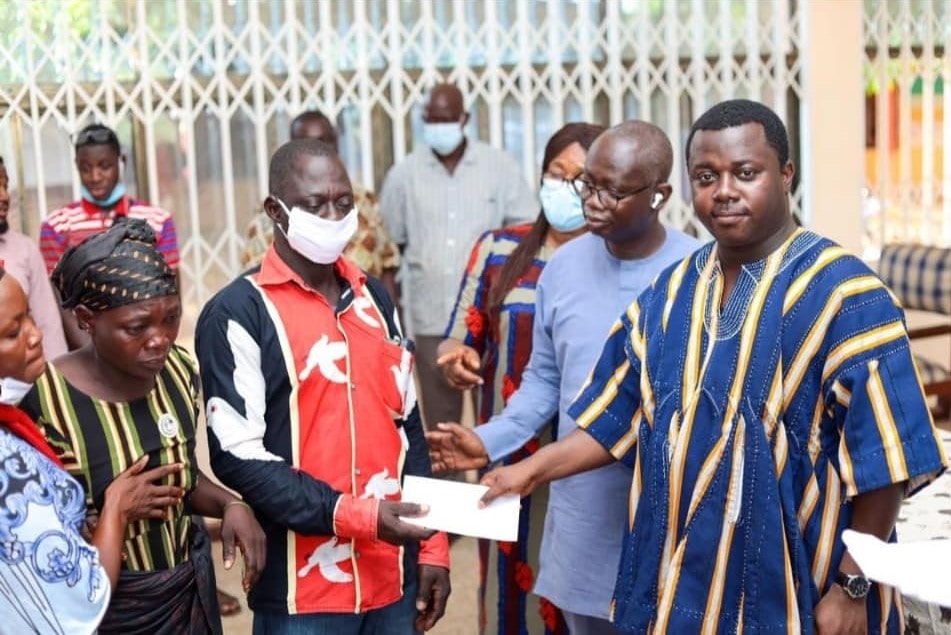 The Ministry of Education (MoE) has donated an amount of GH¢ 18,000 to the families of nine St Charles Lwanga R/C JHS students who drowned after a boat they were travelling in capsized on the Mabor River.

Ntim Fordjour, the Deputy Education Minister who led the delegation later Monday said “I on behalf of the Minister for Education commiserate with families of the 9 students who sadly perished in the Saboba drowning incident.”

“The practice of some teachers and heads of schools using children for labour and exposing them to danger is condemnable and shall not be countenanced,” the Reverend Minister said in a post sighted by EducationWeb.com.gh.

He said the Ghana Education Service has been urged to strictly enforce the code of conduct that frowns on the use of students for work including selling, weeding, farming, carrying of water, sand and stone or doing house chores.

“The Headmaster of St Charles Lwanga R/C is on GES interdiction while facing prosecution. underway. May the souls of the deceased rest in peace. Once again, condolences to the bereaved parties,” the Education Minister disclosed.

Prof Kwasi Opoku-Amankwa, the Director-Genera of the Ghana Education Service (GES) speaking to journalists earlier today said the headteacher, Emmanuel Chingya has been interdicted and will face punitive sanctions for his mistake.

He added “Once you have done that we are going to apply the rules and regulations to ensure that the proper thing is done. We have asked that he should be interdicted and then a committee put in place to investigate the matters.”

Mr Emmanuel Chingya after the accident turned himself in and was arrested. He was arraigned before Tamale Magistrate Court on Monday and was remanded into prison custody to reappear on Monday, November 29, 2021.