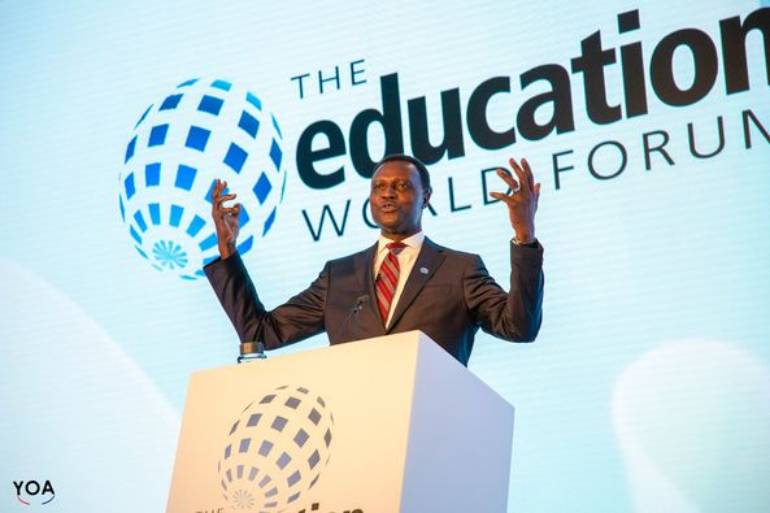 The Minister for Education, Dr Yaw Osei Adutwum is set to be investigated over an estimated cost of $1.2 million Ghana Accountability for Learning Outcome Project (GALOP) for some 40,000 teachers he allegedly supervised.

Dr Clement Apaak, the Deputy Ranking Member on the Education Committee commenting on the overpriced training said the country risk being blacklisted by the World Bank should Yaw Adutwum fail to provide clarity on the allegations.

“If we don’t hold this well and get to the bottom of it, we will be blacklisted because we know these institutions. When they give you money there are some guidelines, protocols and procedures and if you don’t meet them, your nation could suffer,” he told JoyNews’ Kwesi Parker-Wilson.

Dr Apaak in a discussion told the Accra-based media network the Education Committee would summon the Sector Minister and ascertain why the implementing agency which is GES was sidestepped in the training of the said teachers.

“The story broke yesterday so as a member of the Education Committee, we are trying to digest it but my initial position is that the Committee should be summoning the Minister else it will have serious implications,” he said.

The impending probe has become necessary after the Education Minister wrote to the World Bank on November 30, requesting the release of $1.2 million amid claims it had successfully trained over 40,000 teachers under GALOP.

The Bosomtwe Member of Parliament told the Bank more than 30,000 government school teachers were offered training in three modules, which include recorded online training, physical training and online/virtual live training.

But, the Director-General of Ghana Education Service, Prof Kwasi Opoku-Amankwa has denied that some 40,000 public school teachers have been trained under GALOP as claimed by Dr Osei Yaw in a letter to the World Bank.

In a letter signed by Professor Kwasi Opoku-Amankwa and copied to EducationWeb, the GES Director-General said he is unaware of any training for government teachers cost the country $1.2 million as stated by the Education Minister.

“The Ghana Education Service (GES) is unaware of reports and correspondence between the Ministry of Education (MoE) and the World Bank, and is unable to make an informed response to the Bank’s request,” he stated in the letter.

The Education Service Director following the development has asked the Minister in charge of Education, Mr Adutwum “to advice and provide direction to enable the GES to respond appropriately to the enquiries from the World Bank.”