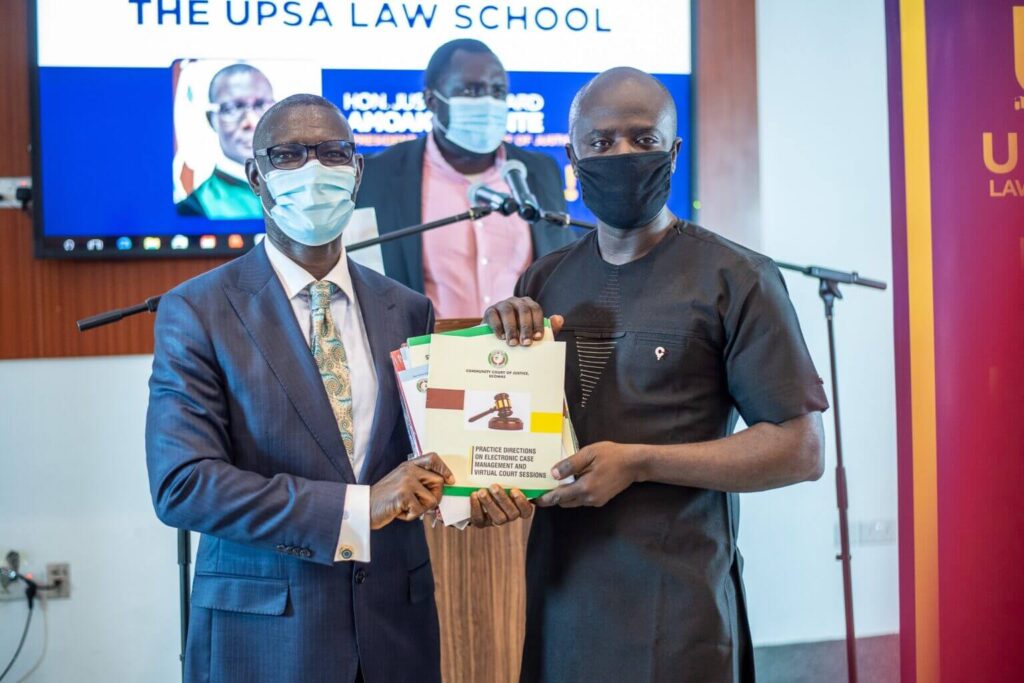 The University of Professional Studies, Accra (UPSA) has disclosed to partner the ECOWAS Court of Justice in the areas of practical lawyering and moot courts, especially in transnational law and adjudication.

Pro-Vice-Chancellor of UPSA, Professor Charles Barnor announced this speaking at an event in honour of the President of the ECOWAS Court of Justice, Hon. Justice Edward Amoako Asante who visited UPSA Wednesday.

“The strategic partnership will seek to deepen the UPSA Law School’s ties with international and sub-state institutions in Africa and further enhance the knowledge of the court’s work as well as its role among law students and lawyers,” Professor Charles Barnor announced.

It would also open new frontiers for student engagements with the sub-regional Court as well as the overall training of the next generation of lawyers who are steeped in the culture and jurisprudence of the Court.

Prof Barnor further said his outfit was looking forward to tapping into the opportunity of building strong ties with the ECOWAS Court in areas that would inure to the overall benefit of its students in the academic spheres.