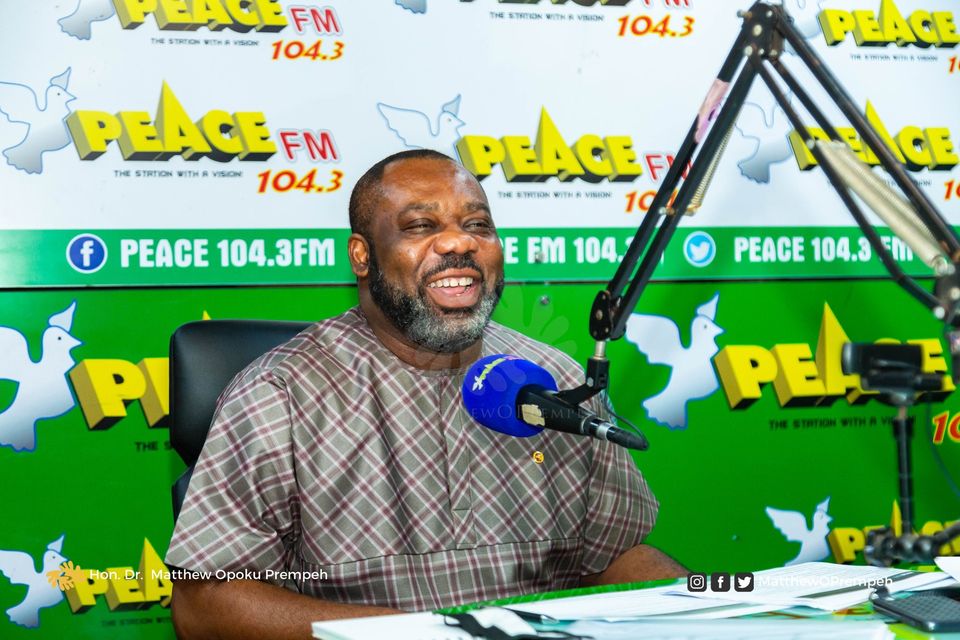 The Manhyia South Member of Parliament, Dr Matthew Opoku Prempeh popularly known as NAPO January this year has ended his term as Ghana’s education minister, the Ministry of Education (MoE) has announced.

The Ministry in what Educationweb.com.gh can describe as a send-off note for the former Education Minister said his dedication and commitment towards the sector he handled from 2017 to 2021 will be always recognized.

Dr Matthew Opoku Prempeh in 2017 was appointed by President Nana Addo Dankwa Akufo-Addo to head the Ministry of Education, a ministerial appointment which got many Ghanaians talking saying he is not fit for that.

He was that person who many, hitherto his ministerial appointment, wondered why an accomplished Medical Doctor many tipped right for the Ministry of Health was rather put in charge of Ministry of Education.

NAPO according to the Ministry has made history as he left a Golden Legacy at the education sector through hard work and commitment to duty especially so, in the prosecution of his government’s flagship project of Free Senior High School.

They say he was deeply involved in motivating the teachers’ front and formed a special relationship with heads of public SHSs to enable the education ministry to appreciate problems that schools were going through.

As the immediate past Minister of Education moves the Energy Ministry, the Member of Parliament for the Bosomtwe Constituency, Dr Yaw Osei Adutwum will be country’s Education Minister until late 2024.