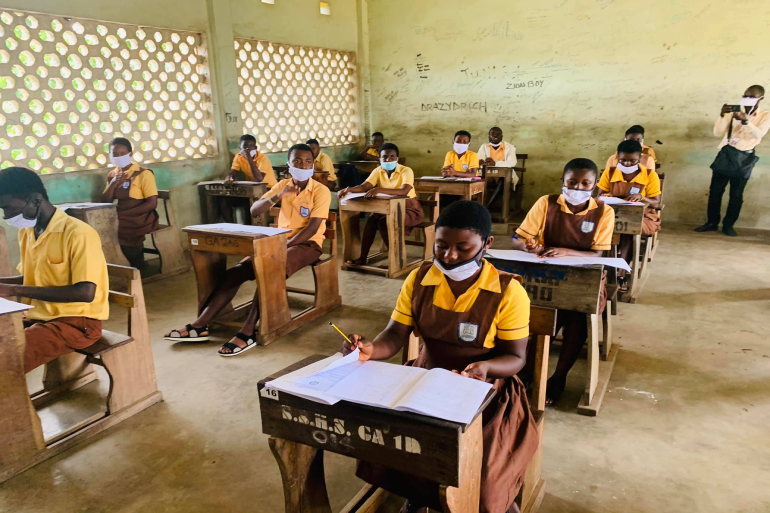 The majority of candidates who partook in the 2021 BECE for School will get school placement but students who had aggregate 9 in English language or Mathematics will not be placed this year, a staff of CSSPS has disclosed.

In a short discussion with EducationWeb, he said failed English and Mathematics students will be denied school in line with the placement guideline policy of the computer school placement system for this academic year.

Asked if they can get computer school placement despite their status, the CSSPS official said the only option left for them is to re-sit the national examination (BECE) and be qualified for school posting next academic year.

“We don’t have a direct cut-off point for the computer school placement, the only cut-off point we have is when a student gets aggregate 9 in English Language or Mathematics he or she will not qualify for placement

So the Computerized School Selection and Placement System policy guideline is that if you get grade 9 in English Language or Mathematics which are required to qualify you for placement, you will not get school,” he told the Web.

The categories of 2021 Junior High School (JHS) graduates to be considered for school posting this month, he said are students who resit BECE last year, regular BECE for Students, Private BECE students and foreign students.

According to him, the computer school placement previously was done based on the raw score or total marks of candidates but this year Management of the placement system will use aggregate first and raw score to separate a tye.

“We use grade first before the raw score, previously before 2017 we were using only raw scores for the school placement but this year is aggregate before raw scores, the raw score is used to break the tye,” he indicated.

The 2021 secondary school placement is expected to be released within this week but the spokesman for the Ministry of Education (MoE), Kwasi Kwarteng has said the placement results if not released this week will be out March 21, 2022.