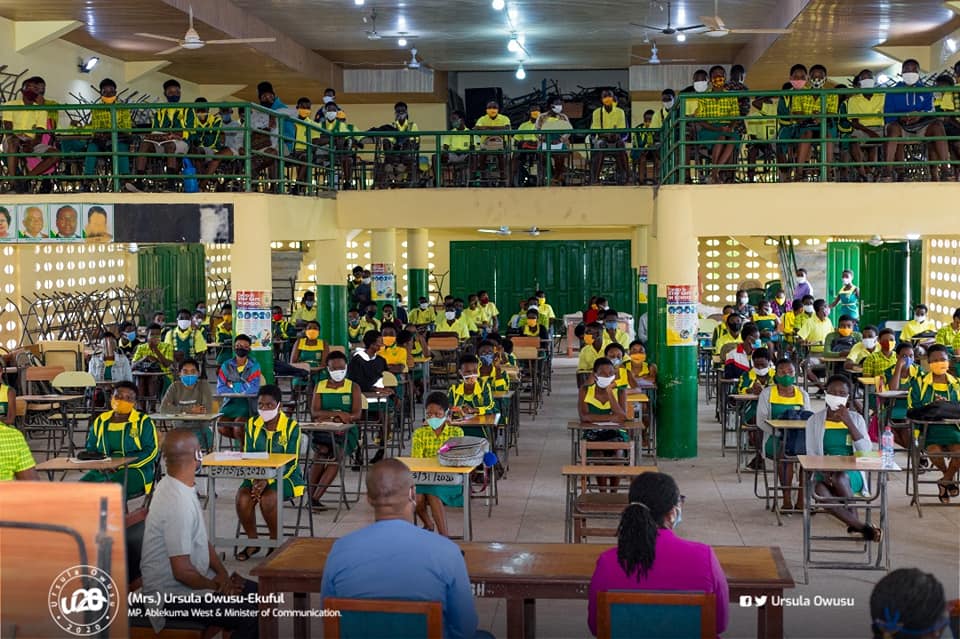 A magistrate court on Wednesday, July 21, 2021, sentenced one person to six months imprisonment with hard labour and fined six others for engaging in WASSCE malpractice, the Daily Graphic newspaper reported on Friday.

The seven persons made up of three students, two teachers and two administrators according to the newspaper were convicted by the Agona Swedru Magistrate Court of impersonating in last year’s WASSCE for School examination.

Georgina Danso, Desmond Oduro and David Bawah, all Form 2 students of the Ngleshie Amanfrom SHS in the Greater Accra Region amid their misconduct were fined GH¢1,200 each and barred from sitting WASSCE for 3 years.

Osman Ahmed, an administrator at the Central High School at Agona Swedru, and Clement Sarfo, also a staff of the school were fined GH¢1,200 each, and Cedric Sefah Akyeampong, a teacher at the same school also fined GH¢2,400.

Richard Nkrumah, popularly known as Emperor, a teacher at Ngleshie Amanfrom SHS, who doubles as the Assistant Headmaster of Central High School, was sentenced to six months imprisonment.

They initially pleaded not guilty to the charges of impersonation and abetment to commit a crime with impersonation but were found guilty at the end of the trial and accordingly sentenced by the court on Wednesday, July 21, 2021.

Mr Isaac Apeatu, the magistrate who passed the judgement on Wednesday said the punishment of the convicts should serve as a deterrent to others who might plan to engage in similar misconducts.