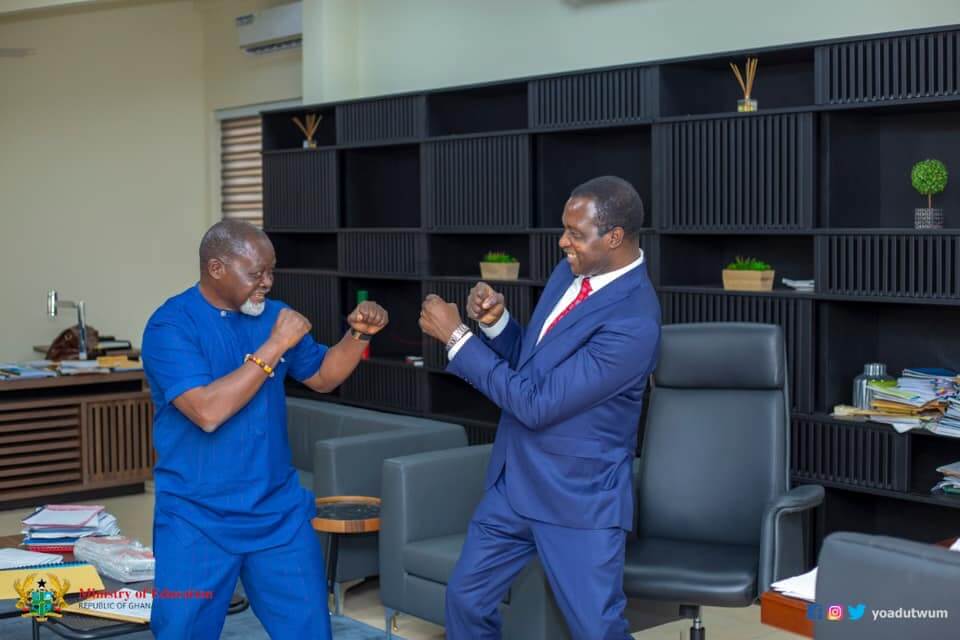 The Bosomtwe Member of Parliament after serving as Deputy Education Minister in charge of Pre-tertiary education in Akufo-Addo’s first term of office this year was appointed the substantive Minister for Education.

The teaching Minister took over from the Manhyia South Member of Parliament, Dr Matthew Opoku Prempeh popularly known as NAPO who also this year was appointed Ghana’s Energy Minister.

READ ALSO: Construction of 20 STEM centres to be completed by July – Dr Adutwum

Azumah Nelson was particularly happy with the role played by Dr Adutwum leading to the successful rolling out of the flagship Free Senior High School policy as well as the Double Track system in the country.