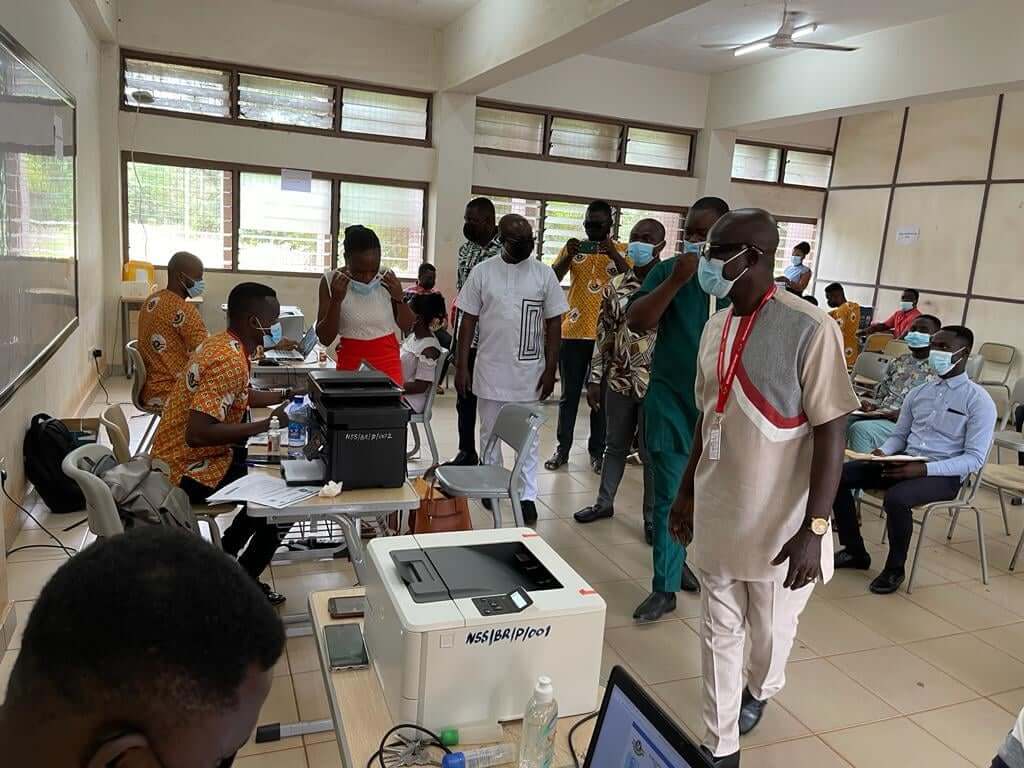 The Executive Directors of the National Service Scheme (NSS) following the release of the postings of 2021/2022 service personnel have toured some NSS registration centres to monitor the ongoing nationwide registration exercise.

Led by the Acting Executive Director, Mr. Osei- Assibey Antwi the purpose of the tour was to engage stakeholders and gather intelligence from the post-deployment registration exercise to enhance the operations of the scheme.

Addressing scores of national service personnel at at some designated National Service Scheme (NSS) registration centres, Mr Osei Assibey urged them to work hard and make a positive impact at their user agencies.

The Scheme’s Executive Director said the one year mandatory national service is meant to build the capacity of young people for the world of work and inculcate in them the sense of patriotism, nation building and national development.

He urged them to embrace the service and be good ambassadors of the state” adding that their behaviour and lifestyles would definitely influence some of their peers for effective national development efforts.

The former Kumasi-mayor further urged all deployed 2021/2022 academic year national service personnel to accept their postings as part of their civic obligations and contributions to the nation’s growth.