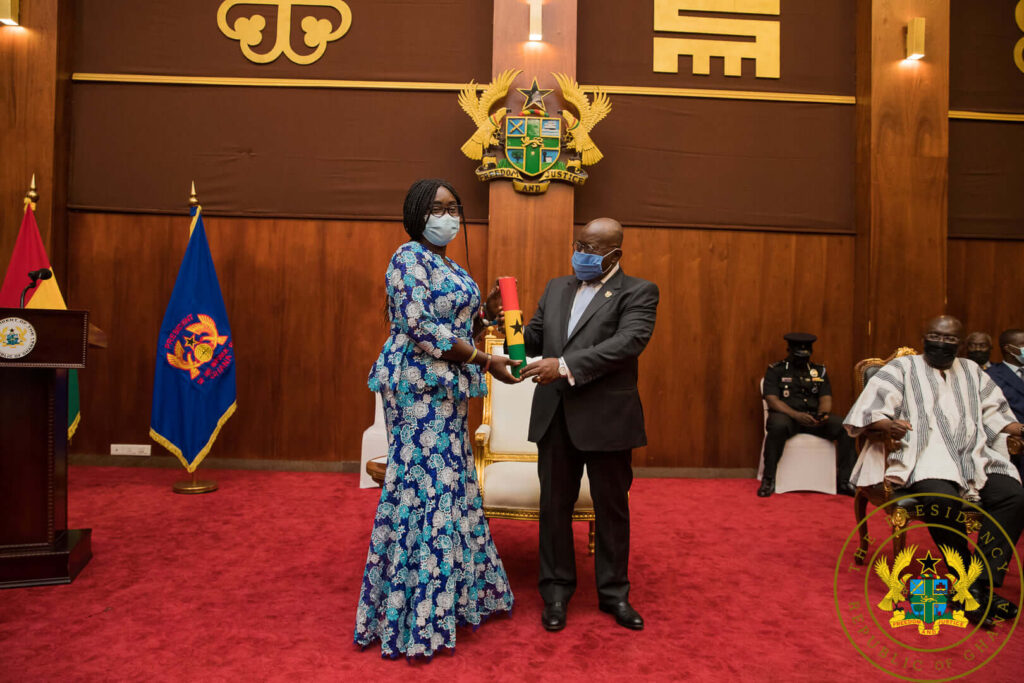 The swearing-in at the Jubilee House comes after the Parliament Appointment Committee unanimously approved the nomination of the Abuakwa North Member of Parliament after her vetting on Thursday, June 10, 2021.

Gifty Twum Ampofo born on June 11, 1967, in Kukurantumi in the Eastern Region of Ghana had her BSc. in Biology from the University of Cape Coast in 1997. She further had her MBA in Strategic Management.

She was a Science tutor at Akosombo International School before becoming a Member of Parliament. Gifty in Akufo-Addo’s first term was the Deputy Minister for Education in charge of Technical and Vocational Education Training.