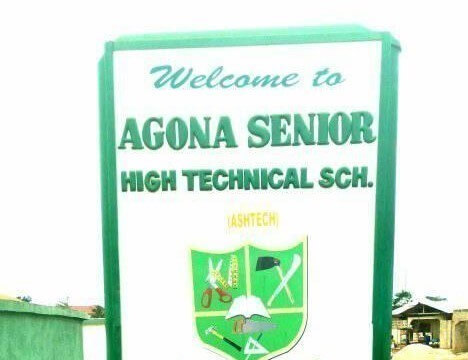 A female teacher of the Ashanti-Region-based Agona Senior High Technical School (ASHTEC) Mabel Fosua has been arrested by the police for allegedly dictating answers of the ongoing WASSCE to candidates of the technical school.

The teacher who doubles as an invigilator according to an EyeWitness was captured by the Sekyere South District Police Command after she was caught reading out answers of Monday’s General Agriculture paper to candidates.

Speaking to EducationWeb.com.gh, the source said the incident involving Madam Mabel occurred in one of the examination halls at about 9:20 a.m., a time a WAEC supervisor visited the ASHTEC examination centre for inspection

“A sheet of paper containing pieces of information written in red ink has since been retrieved from the suspect, a police statement read. She has since been granted bail by the Sekyere South District Police,” he told EducationWeb.

Confirming the arrest and report to an Accra-based radio station, the Sekyere South District Police Commander ASP Owusu Poku said investigations are still ongoing as the suspect, Mabel Fosua has not admitted to the offence.

“We are still investigating the case because she [the suspect] has not admitted to the offence but statements have been taken from her. The examiner is yet to submit his statement to the investigator”, ASP Owusu Poku said.

The security operatives of the West African Examinations Council (WAEC) last week said two suspects reported to be behind the mass leakage of questions of the international examination have been arrested pending further actions.

In an interview with the Daily Graphic Newspaper, a staff of WAEC said Godfred Darko responsible for the leakage of the 2021 WASSCE Business Management and physics papers was arrested at Kasoa in the Central Region.

His partner in crime, Atta Edward, popularly known as Kwadwo Gyimah was also arrested by the Examination Council’s security operatives last Saturday between the hours of 8 and 9 a.m at Asokwa Junction in Kumasi.

“The security operatives tracked and arrested Gyimah at Asokwa Junction in Kumasi last Saturday, September 18, 2021, between 8 and 9 a.m. He was then taken to his house at Obuasi for a search,” the official told the newspaper.

The 2021 edition of the West African Senior Secondary Certificate Examinations (WASSCE) for School which commenced on Monday, August 16, 2021, is expected to end smoothly on Friday, October 8, 2021.

A total of 446,321 made up of 221,437 boys and 234,884 girls from 965 according to the West African Examinations Council (WAEC) are writing the international examination administered at 763 centres across the country.