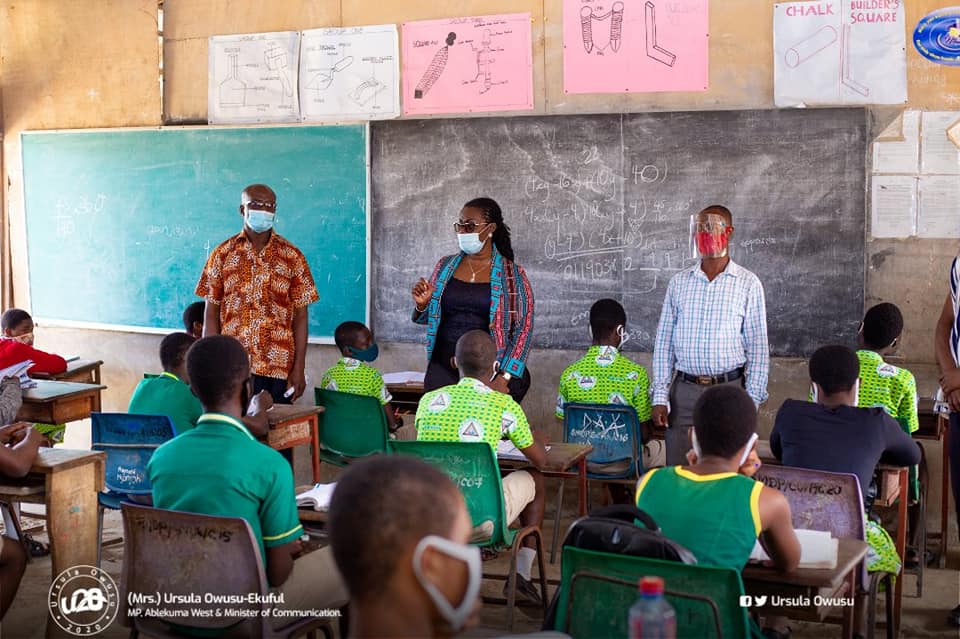 The Government as part of the National Digitisation agenda is working towards the procurement of state of the art laptops for all teachers in the country, Akufo-Addo’s representative at the Education Ministry has hinted.

Former Education Minister and Minister of Energy designate, Dr Matthew Opoku Prempeh widely known as NAPO announced this on Tuesday, January in a meeting with the leadership of the recognised teacher unions.

He following his new appointment on Tuesday 26th January 2021 invited the leadership of (NAGRAT, GNAT and CCT) to his office at the Education Ministry and bid them farewell as he ends his tenure as Education Minister.

Commending the unions for their enormous support to him during his tenure as the Minister of Education, the Manhyia South MP hinted the Akufo-Addo government is working on acquiring laptops for all teachers.

“We have also been working on acquiring laptops for all teachers”

“It is my hope that when teachers receive their laptops, they will become more comfortable in using technology as a tool in an era where blended education is the norm”, he told the leadership of the teacher unions.