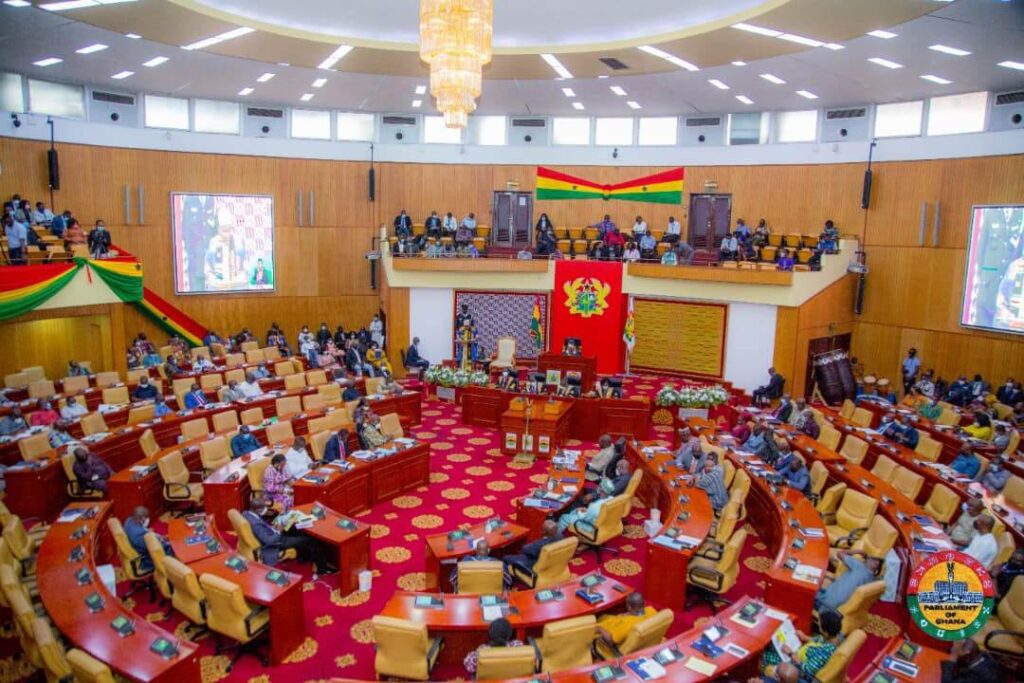 The leadership of the National Union of Ghana Students (NUGS) following educational development to commence in the next academic year has called on the Parliament of Ghana to approve the 2022 budget statement before House.

NUGS in a press release copied to EducationWeb.com.gh also urged lawmakers who are scheduled to take a vote on the 2022 budget statement and economic policy to consider Ghanaian students and support the budget.

“After studying the 2022 budget and isolating portions of the budget that relates to Ghanaian students and youth in general, we want legislatures to consider the students to vote and support the budget,” the Students Union stated

Commenting on the E-levy tax, the Union encouraged the government to ensure the revenue that will be generated as a result of the E-levy will be used to tackle the things stated in the budget including the YouStart initiative.

It said the YouStart initiative is of greatest interest to the youth and Ghanaian students at large as it focuses to empower youth entrepreneurs and youth individuals with business ideas to expand and start their businesses.

“We would monitor closely at the start of the YouStart and other youth-related initiatives having received assurance from the Ministry of Finance that the policy would toe in that direction,” the Ghana Students Union said in the presser.

NUGS further advised the government to do more engagements and public education on the E-levy to relieve fears that have been expressed on some of the impacts of the levy to be able to undertake the planned initiatives.

“The decision to set up a university endowment as part of YouStart is spot on and novel. We cannot wait for this to be rolled out and for students to benefit from this. government must fast-track the process for the initiative,” it added.

The National Union of Ghana Students (NUGS) also petitioned the central government to through the Ministry of Education (MoE) to take a critical look at the development of Basic Education in the country.

“We would like to draw the government attention to the many underdeveloped basic schools in the country in terms of infrastructure and teaching and learning materials particularly provision of textbooks to basic schools,” it added.

The National Students Union leadership on the delay of the six months arrears of teacher trainees across the 46 public Colleges of Education urged the government to pay the allowance to help alleviate the hardship on trainees.