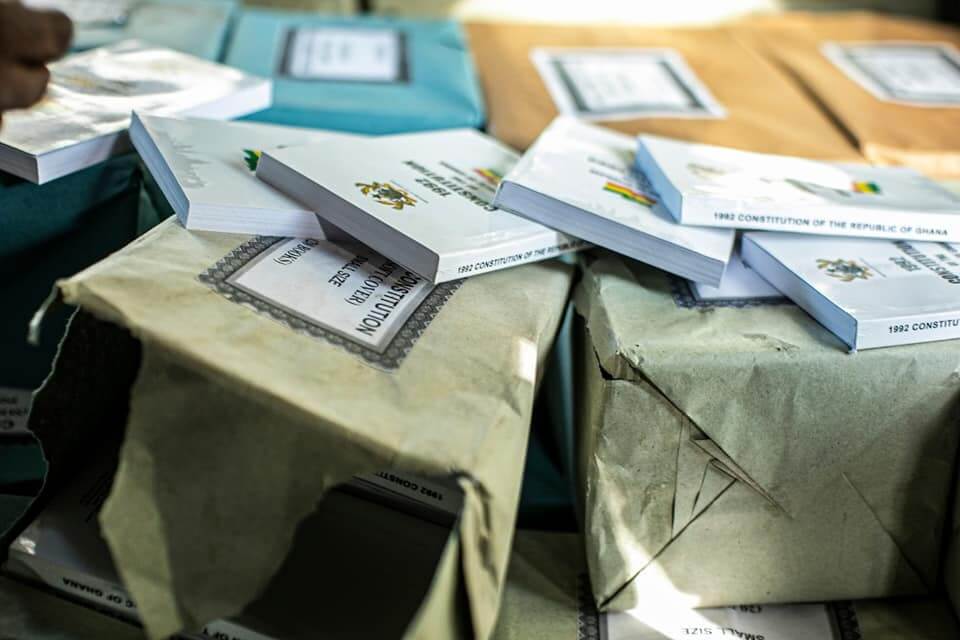 The National Commission for Civic Education (NCCE) has received approximately 500 copies of the 1992 Constitution of Ghana from Governance Africa Foundation (GAF), a Non-Governmental Organisation.

Ms. Josephine Nkrumah added that the 500 copies of the Constitution received would be used wisely to reach as many Ghanaians as possible.

Mr. Alfred Quaye of GAF disclosed the Governance Africa Foundation outfit had distributed over 260,000 copies of the 1992 Constitution of the Republic Ghana and hopes to distribute one million copies in the next five years.